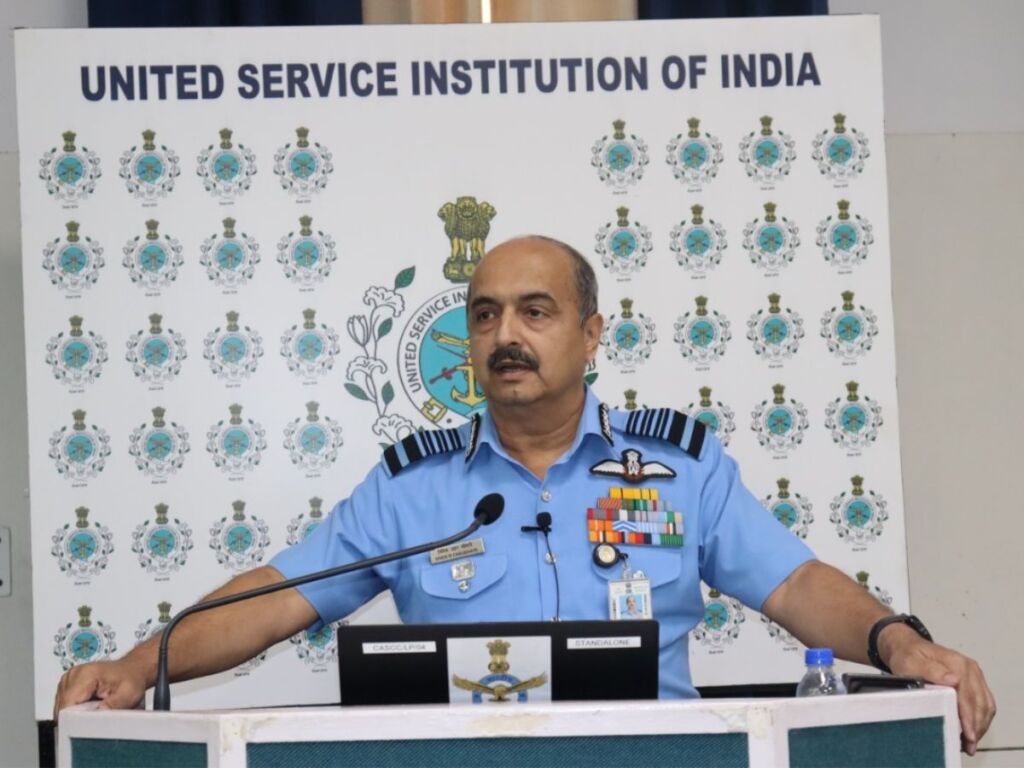 The IAF, since its inception, has played a strategic role in our national defence and security. In a recently held global survey, the Indian Air Force has been ranked the world’s third most powerful air power. The CAS covered the evolving geopolitical landscape in the backdrop of the Russia-Ukraine War, New Generation Warfare, China and Pakistan collusivity and its impact on India. He then elucidated comprehensively on the transformation of IAF as an aerospace power, covering: enhancement of operational capability, drone and counter-drone capabilities, new-age cyber and information-warfare, inventory management system, stocking and indigenisation measures to mitigate effects of supply chain disruption from Russia, the mental transformation of cadre to adapt to new technologies, Atmnirbhar Bharat initiative, AD Command and Theaterisation, paperless office, digitisation of man management, and electronic planning and implementation of air ops.

The event culminated with an intensive, interactive Q&A session.