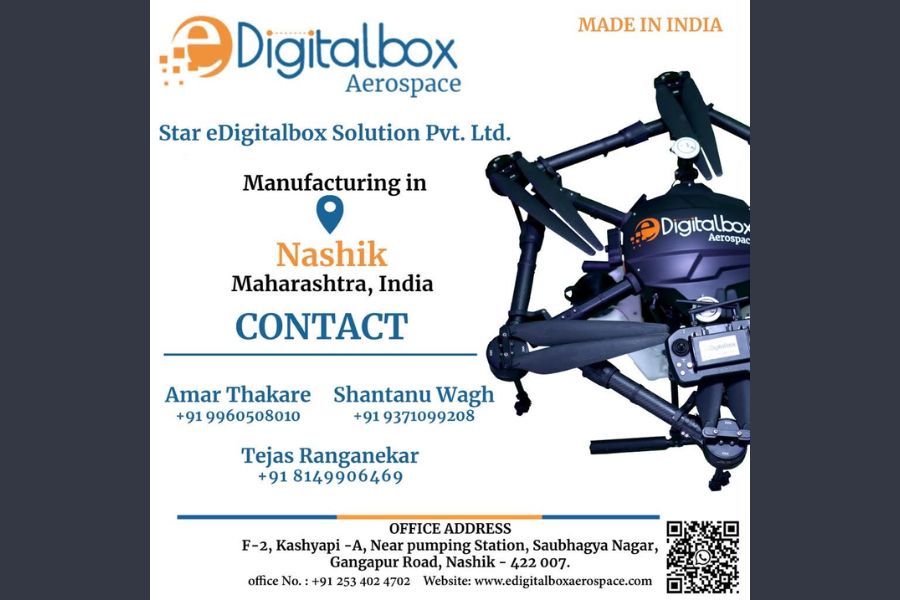 September 2: On 9th February 2022, India banned the import of foreign-made drones. India has hit back at Beijing with its decision to ban foreign-made drones but, at the same time, encouraged the manufacturing and use of drones in India. Technology is changing human life, and drones in the future will be used to make lives easier. Drones pave the way for rapid shipment and delivery, agricultural and crop monitoring, disaster relief operations, law enforcement and border control, highway and railway track monitoring, surveys and whatnot. However, drone technology is now becoming more widely available for application in a variety of industries, including agriculture. Though the technology is still in its infancy phase in India, a company such as eDigitalbox Aerospace is working to make it freely accessible to Indian farmers and ready to be utilized to boost agricultural productivity. Drones have a bright future; thus, India’s move to prohibit foreign-made drones is a massive benefit to the domestic sector. eDigitalbox Aerospace has self-production lines where drones are manufactured in Nashik (Maharashtra, India). Star eDigitalbox Solution Pvt. Ltd. is the parent firm of eDigitalbox Aerospace which was founded in the year 2019. All over India, the company provides drone services, parts, Annual Maintenance Contracts (AMC), authorized drone pilot training, etc. and has multiple franchises.

India is primarily an agrarian economy, catering to the world’s second-largest population. Still, India’s agriculture and industrial sectors are far behind in technological advancements. To promote the use of drones for agricultural purposes and reduce the labour burden on the farmers, the Government of India has recently offered a 75% subsidy to farmers and FPCs (Farm Producer Companies)/FPOs (Farm Producer Organizations). Drones can help farmers put their foot forward by increasing production, minimizing poisoning due to hazardous chemical spraying, saving time and labour costs, and doing more work in less time.

Drones can be used for a variety of tasks on the farm, from surveying crops to delivering water or pesticide. They can also be used to monitor livestock, which is particularly helpful for large operations. Not only are drones more efficient than traditional methods, but they can also help farmers save money. That has because they can do things like reduce the need for herbicides and fertilizers and help farmers target problem areas more effectively.

The way demand for goods and services is increasing rapidly in India. It can only be fulfilled with the use of technology. If drones are used in agriculture and other industries, it is not to say the result will be easier, more efficient and effective! The agricultural drone industry is a 35 billion USD industry which FPCs (Farm Producer companies) can leverage to profit and help fuel India’s mission to equip its farmers with drone technology.

Drones are the future of farming. They are efficient, precise and can cover large areas quickly. Farmers and industry professionals are already using them to improve yields, decrease crop losses and do surveys in mining, keep an eye on construction work and much more. Drones are also being used to map crops, assess irrigation needs and even identify pests and diseases. This information is invaluable for farmers, who can then take steps to address problems quickly and efficiently.

There are many providers of commercial and farming drones, but the ability to customize the drones according to the need for particular work is very important. Some companies like eDigitalbox Aerospace which have their own manufacturing plants in India, do provide customizable drones with various accessories and a range of sensors to fulfil the needs. Such companies also provide you with Technical and Practical training to make sure that you get the desired result by using the drones to their best.

The use of drones in agriculture and other industries in India is still in its early stages, but the potential benefits are massive. As the technology develops, we can expect to see even more amazing applications for commercial-grade drones.

To know more about demo/dealership/franchise/affiliate partner, contact- Mr. Amar Thakare at 9960508010, or you can visit