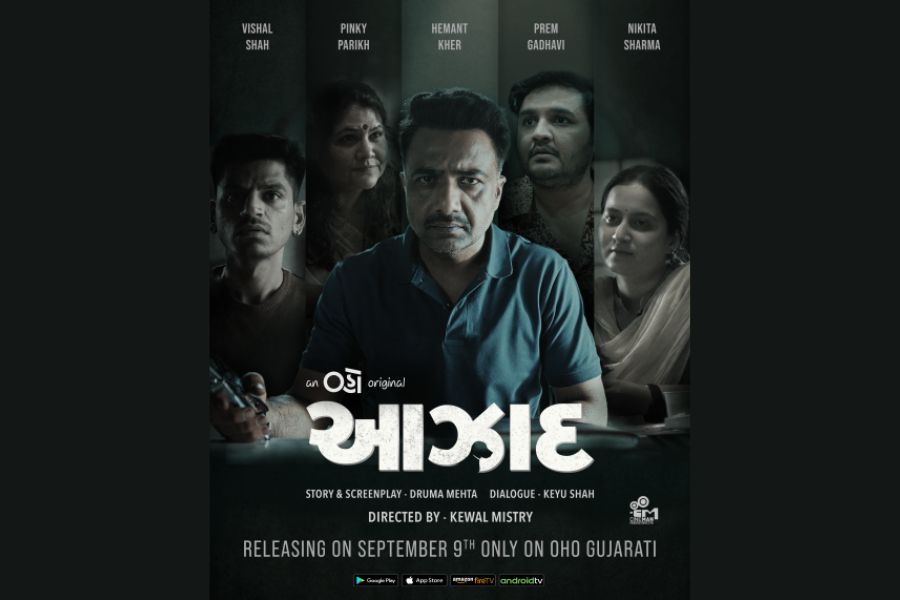 September 9: ‘Aazaad’ is a story of an ambitious investigative cop, Ranjit, who finds purpose in solving the murder of a pet-hostel owner, Raksha Patel. Will his investigative prowess help Ranjit solve the murder, or will he be sucked into the muddling mystery?

After gaining huge popularity from ‘Scam 1992’ actor Hemant Kher shares his experience about his new series Aazaad. “I am very very excited and emotional. It feels Gujarat has fulfilled my long-cherished dream. I will always be grateful to Oho Gujarati for casting me in this role. I have been working in the Hindi industry since last 20 years and since my surname sounds like a North Indian one I have faced a major identity crisis as a Gujarati. People have perceived me as non-Gujarati but, I am 100% Gujarati, hailing from Kosamba in Surat district. And to be precise I am Surati, Gujarati. And that’s why as a tribute to my people I have used Surti accent for my character in Aazaad.”

Oho Gujarati is Gujarat’s very own premium Gujarati content streaming Platform. It was launched year ago and has continuously entertained us with its original content across various genres.

Aazaad  is Releasing on 9th September, exclusively on Oho Gujarati.