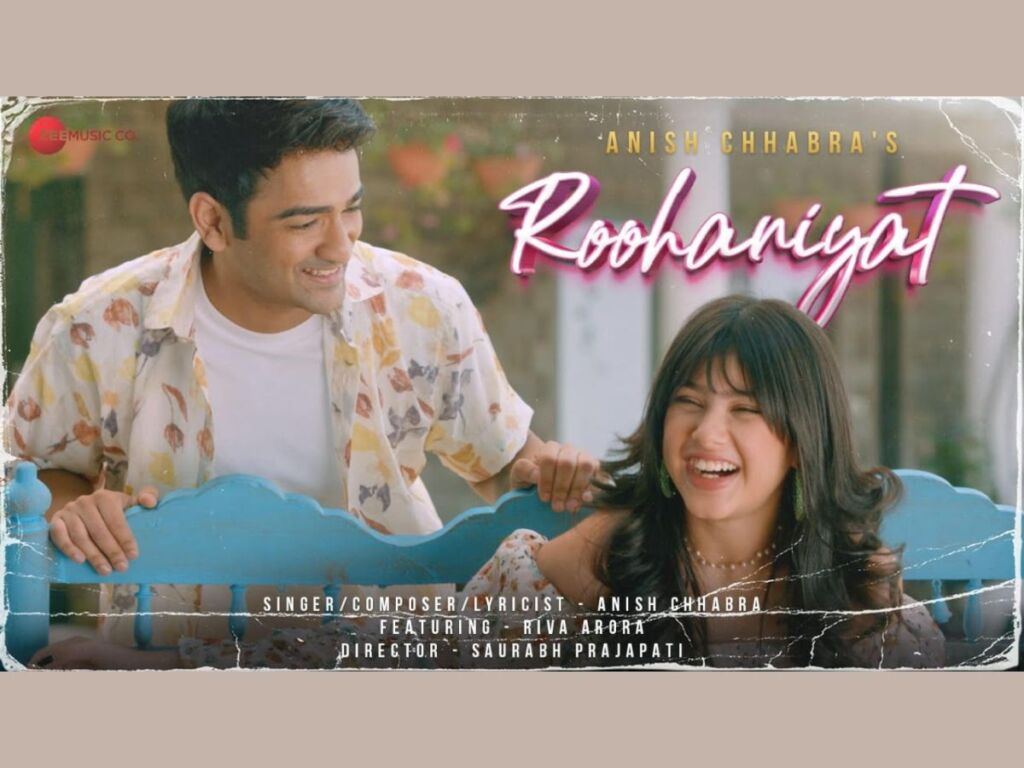 A story of love that is felt and confessed to the soul, and not body. ‘Ye pyaar jismaani nahi, Roohani hai’

October 1: Insisting that his foray into the world of music was not a flash-in-the-pan decision; singer, composer, lyricist & actor Anish Chhabra says that it’s his passion & love for the craft of music which is the prime factor that attracts him to be a part of the prestigious Indian Music Fraternity.

His debut song titled “Roohaniyat” that features digital star Riva Arora & Anish himself is a romantic loving melody which grips you right from the start. The song is high on its musical richness, its subtlety and its remarkable ability to reach deep within the hearts of the audience. The poetic lyrics by Anish fathoms the depths of emotions. It most definitely evokes a gush of emotions. The human condition associated with love, endearment and attachment is exquisitely told through the track via his unique composition & his calming voice. The beautifully presented track warms the cockles of the heart with its adorable picturization.

In today’s fast-paced world where music is created in a rush, Anish Chhabra’s debut track “Roohaniyat” will bear testament to the fact that good songs will find their way into the hearts of the audience. Elaborating about the song, Anish says “I have always had a sensitive space in my heart for the legacy of Bollywood music and how old songs had a ghazalish essence and the love was confessed with a lot of passion without any vulgarity. The compositions of the previous century inspired me to compose and write something in the similar direction in my own style and eventually ‘Roohaniyat’ happened. The idea was to compose a melody that anyone could easily relate to and sing along” further adding “I could find that innocence in childhood love, and that’s how I conceptualized the story and decided to pipeline my imaginations in the form of a video.  The lyrics convey how the narrator is pleasing and confessing his heart-to-heart affection to his beloved and is appealing her to walk along with him and let their hearts decide their journey, recreating nostalgic moments of their childhood memories, revoking that childhood affection, all over again, and give it a shape.”

Featuring in the song, Riva Arora says “I have a very sensitive space in my heart for Bollywood music and when I was first approached for Roohaniyat, I was mesmerized by the audio itself. The recital is very sweet and soothing and the song is very catchy. Thereafter, when I was narrated the complete storyboard and concept by Anish himself, I was excited to shoot the video. I have always loved enacting and emoting expressions that have depth and simplicity, and I found the same in Roohaniyat. My experience has been memorable.”

Roohaniyat is touted to be the “love anthem” of the year.