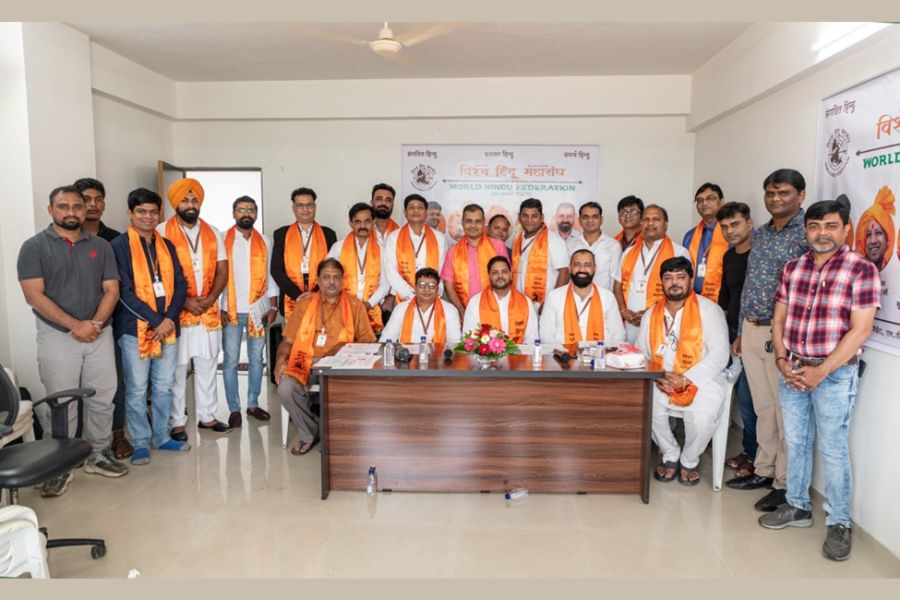 November 22: Vishwa Hindu Mahasangh is an international community spread over 44 countries. It is the largest community working on non-political basis to help, protect and strengthen the Hindu community. Many public welfare schemes are being run by Shri Yogi Adityanath Ji, the patron of the Sangh. The national president is Shri Surendra Nath Avdhoot ji and the general secretary of the organization is Shri Yogi Rajkumar Nath ji. It is dedicated to the ethos of social service, animal service and Hindutva. It is the world’s largest organization which is working on the slogan “Sangathit Hindu, Sashakt Hindu, Samarth Hindu”. The objective of Vishwa Hindu Mahasangh is to organize society, protect Hindu religion and serve all the different religions of the society. Vishwa Hindu Mahasangh is seen as a strong, effective, sustainable and ever-growing organization in millions of villages and towns of India.

The Gujarat department of the Sangh focuses on working for the betterment of people who are in dire need of any kind of support in any aspect, living in the state. Sangh is actively funding and rescuing children with malnutrition, widows and poor people. Ultimately, the Sangh is actively working to strengthen unity among the people of this great nation. To develop unity among the people is the motto, behind which there is a force working tirelessly under the chairmanship of visionary Shri Navin Kumath (State President).

The Sangh is graced by the advice of Shri Dr. Manish Jain (Advisor), Shri Vyomesh Parekh working as the State General Secretary and Shri Manoj Sharda as the State Coordinator. Appointed as Treasurer is Shri Jay Kariya.

In the sub-state of South Gujarat, Shri Rakesh Kumar Srishrimal has been appointed as President, Shri Rajesh Sharma as Coordinator, Shri Shrenik Jain as Vice President and Shri Dixit Trivedi as Secretary.

Coming to the city of Surat, a very capable Shri Bhagchand Agarwal is appointed as Organization Minister and Shri Amit Rampuriya as Coordinator.

For any inquiry you can look up for the Head office of the Vishwa Hindu Mahasangh, Gujarat which is located at 912, Western Vesu Point, Near S.D. Jain School, Dumas Road, Surat, Gujarat – 395007.