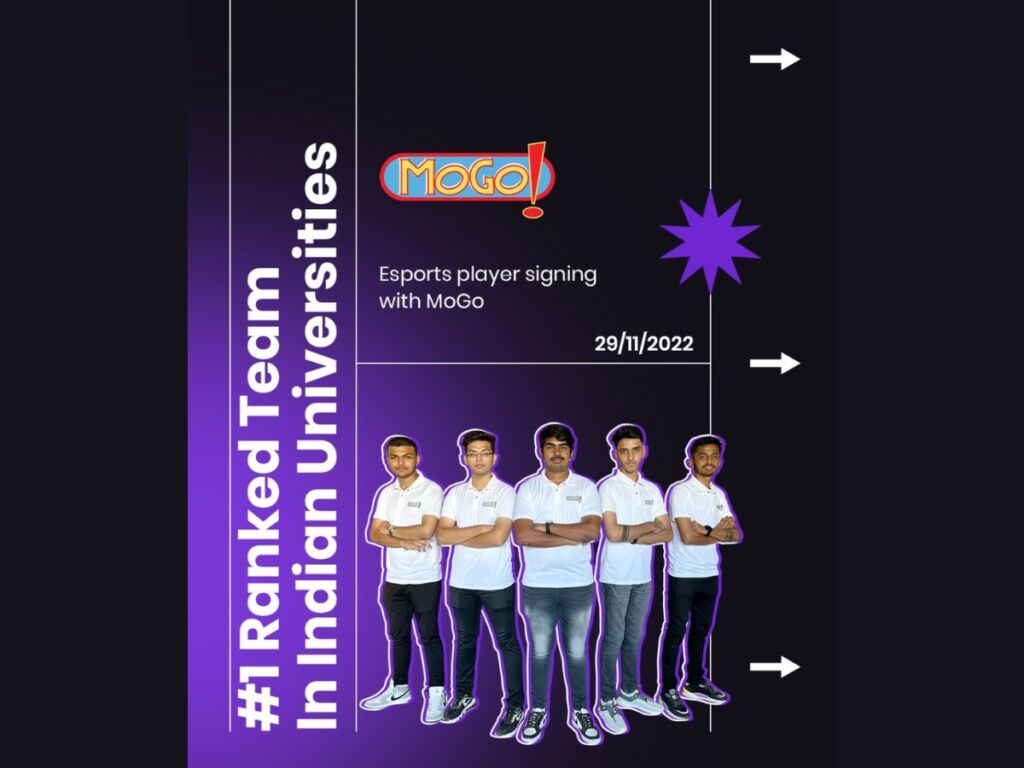 Mumbai (Maharashtra) [India], December 3: MoGo ESports Private Limited, a wholly-owned subsidiary of Mobile Global eSports Inc is making history by breaking the bank and becoming the first company to sign University Esports athletes at a record price. The company has signed 6 players from Mumbai University who were the winners of MoGo National Championship at record salaries in the university sector.

The MoGo National Championships were a tough battle with over 200 plus colleges/universities participating in the tournament. The tournament was divided into 4 zones and the finals were held at LPU University where Mumbai University claimed the coveted prize. Yash Sapra, Sumukh T, Ishan Shukla, Naman Ranawat, Tanish Patra and Gourav Singh will henceforth be representing MoGo ESports Private Limited at all private Mobile Gaming Tournaments.

Talking about the same Sunny Bhandarkar, CEO of MoGo ESports Private Limited says, “We had announced before the MoGo National Championship that we will sign the winning team and we have fulfilled it. We want to create more esports superstars in India and take India to the number one gaming nation one day. We are overwhelmed by the response we got for the championships and very soon we would be conducting various more tournaments.”

Yash Sapra of the Mumbai University who has signed up with MoGo ESports Private Limited says, “We are thrilled that we have become the first university team to have a record price. We are thankful to the entire team of MOGO for the work they have been putting and also the vision they have with regards to Esports in India. This will motivate us to further hone our skills and perform better.”

MoGo ESports Private Limited Inc holds the trademark and IP rights for collegiate esports tournaments and players in India. The company has a lot of tournaments and expansion plans in its pipeline which will soon be in motion.