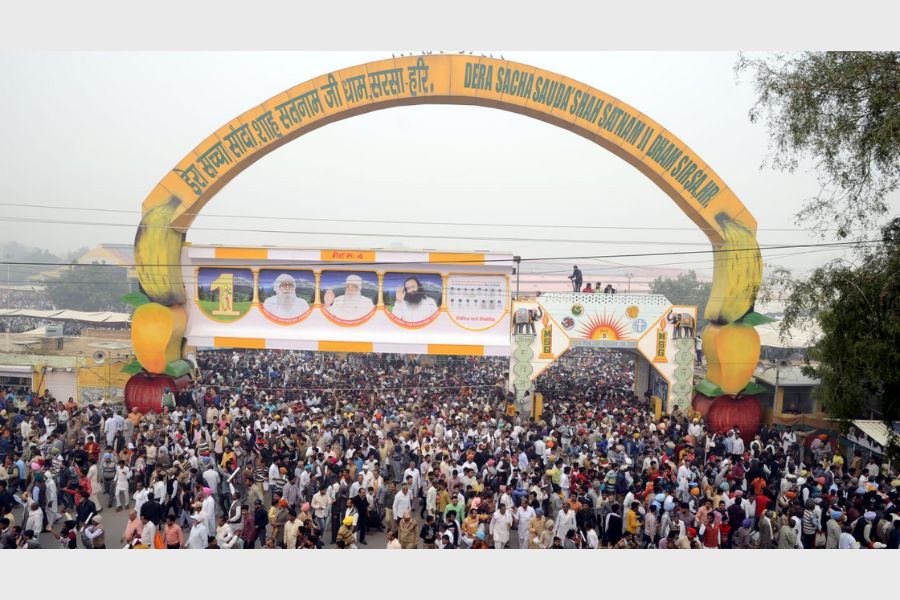 Dedicated to humanity, DSS is well known for its humanitarian work and for being a convergence of various religions. DSS, a socio-spiritual organization with more than six crore followers all around the country and across the globe, is continuing its humanitarian and social welfare work.  People from all walks of life, castes, religions are welcome in the organization and chant the Supreme God’s name without any discrimination.

DSS is engaged in 142 ongoing humanitarian works. Some of these include helping unemployed citizens by making them independent through jobs or self-employment, women empowerment, drug de-addiction and rehabilitation campaign, promoting girl’s education through awareness and facilitation, and conducting blood donation drives to fulfil blood needs of armed forces. In due course, DSS has emerged as the largest blood donor to the Army, Air Force and Navy.

Apart from these, DSS is also conducting tree plantation drives and some of its devotees have even pledged for eye donation and donating their entire body for medical research after their death. DSS is equally active for animal welfare too, its entire six crore devotees are required to make the first roti for cows.

From time to time, DSS also runs several initiatives to instil the feeling of patriotism among citizens. Recently, PM Narendra Modi had run Har Ghar Tiranga campaign and it was supported wholeheartedly by DSS, so much so that all its followers hoisted Tiranga atop their houses. The message was: “Raise the glory of the Indian flag and hoist it in every home to fulfil the commitment toward the nation.”

According to Jitender Khurana, the spokesperson for the organization, “The doors of DSS are open for the people from all religions. We understand that the prime job of any reverent Saint is to work for the benefit of the society and the nation. Saint Dr. Gurmeet Ram Rahim Singh Ji Insaan asks people to unleash their goodness by burning the evils inside them so that peace and harmony can be established in society.”

After five years, Saint Dr. Gurmeet Ram Rahim Singh Ji Insaan is back among the devotees who celebrated Diwali this time in the most unique way by kindling the diyas at the homes of the poor, besides organizing several welfare initiatives for them.

DSS has established several world records for its welfare initiatives and these include Guinness World record for the largest eye health screening, the most people sanitizing their hands simultaneously, the most trees planting simultaneously at multiple locations, among many others.

The humanitarian and welfare activities run by DSS are going on across the country and the entire world. DSS has ashrams and devotees across Haryana, Rajasthan, Punjab, Himachal, UP, Delhi, Maharashtra and Gujarat to name just a few states among many others. Its devotees are spread even across the world from the US, Australia to Canada and more.

131 thoughts on “Continuing the Noble Mission”