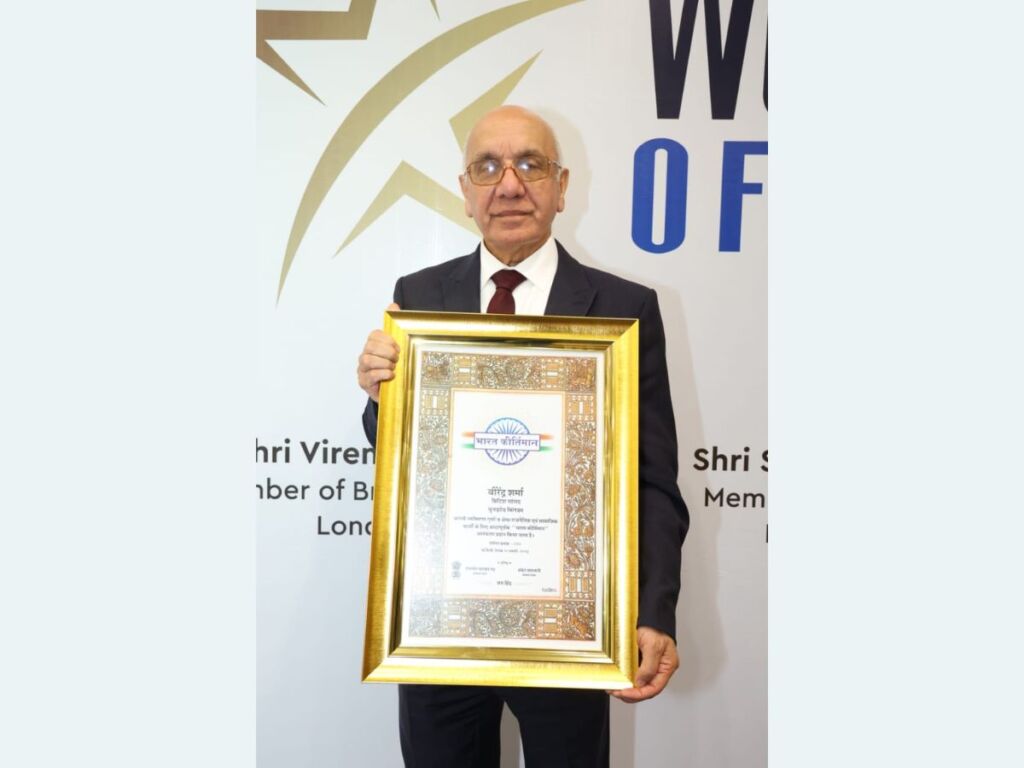 Significantly, the World Book of Record as an international certification organization which has conceptualized and launched from Indore of Madhya Pradesh (India). With the short span, the organization got a meteoric rise with dedication and commitment to serve people across the world. The organization has made its strong presence at continental contours. On this occasion, Shri Virendra Sharma member of British Parliament, Dr. Diwakar Sukul and Dr. Raman Gill of Alberta (Canada) were felicitated by Bharat Kirtimaan Alankaran 2023 for their contribution to society. Being felicitated, all awardees were  by congratulated by  Shi Shivraj Singh Chouhan (Chief Minister of Madhya Pradesh), Smt. Sumitra Mahajan (Former Lok Sabha Speaker), Shri Shankar Lalwani, Member of Parliament, Indore, Shri Pushyamitra Bhargarva, Mayor, Indore Municipal Corporation Madhya Pradesh along with international dignitaries. The award ceremony was attended by personalities of politics and the corporate world.

Guests were welcomed by Dr. Bharat Sharma (Ministry of Culture, Govt. Of India) and Shri Rajesh Shukla. The vote of thanks was given by Dr. Suchita Shukla.

The post Patron of World Book of Records and Member of British Parliament Virendra Sharma gets felicitated with Bharat Kirtimaan Alankaran 2023 appeared first on City Lights.